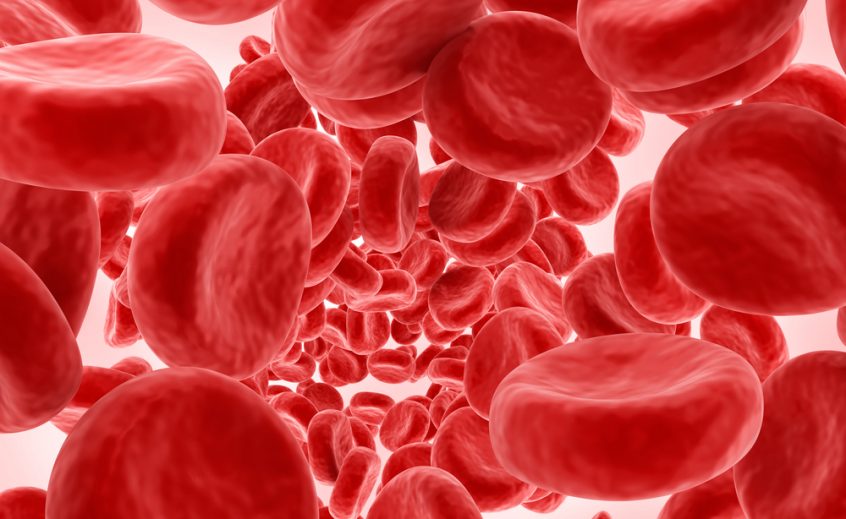 Are you suffering from emotional meltdowns and mood swings? Read more about Pyrrole Disorder and its link with mental health. This is the sixth post in a series on some of the physiological (non-psychological) causes of depression and/or anxiety and how naturopathic treatment can help.

Have you been diagnosed with depression, anxiety, bipolar, AD(H)D? It could be pyrrole disorder. A high incidence of pyrrole disorder is found in individuals with depression, anxiety disorders, obsessive compulsive disorder (OCD), schizophrenia, bipolar disorder, autism, epilepsy and AD(H)D. It is estimated that 10% of the population have this condition with estimates as high as 20% of all psychiatric patients and 40% of all schizophrenics. Pyrrole disorder is also associated with other issues such as eczema, immune problems, chronic acne, psoriasis, substance abuse and poor tolerance to stress.

Pyrrole disorder is often referred to as pyroluria, kryptopyrrole or mauve factor and it is a little known genetic condition. Due to lack of knowledge, awareness, research, and complete acceptance within the mainstream medical profession, most sufferers with pyrrole disorder often go undiagnosed. Due to misdiagnosis, sufferers are given medication that does nothing to correct the underlying problem. Part of the reason it falls outside mainstream medicine is because the only way to rectify the problem is by correcting nutritional deficiencies, improving diet and digestion, and addressing stress levels.

So what is pyrrole disorder?

This condition involves an abnormality in the synthesis and metabolism of haemoglobin (the protein that holds iron in the red blood cells). People with pyrrole disorder (pyrolurics) produce excessive amounts of a by-product of haemoglobin known as pyrrole (or hydroxyhemopyrrolin-2-one (OHHPL). Normally, this by-product creates no problems but when in excess it binds to vitamin B6 and zinc, excreting them out of the body and rendering them unavailable for use. This creates significant deficiencies of these nutrients in our bodies. Pyrolurics have also been shown to become depleted in omega-6 fatty acids due to alterations in the fatty acids biochemical pathways.

The signs and symptoms of pyrrole disorder are numerous and include:

Pyrrole disorder is thought to be triggered and exacerbated by oxidative stress (as a result of physical or emotional stress), lifestyle, poor diet, environmental toxins, exposure to heavy metals, chronic illness and poor digestive health. There are varying degrees of pyrrole disorder; expression of this condition can be mild to severe depending on genetics, levels of toxic environmental exposure and complicated in the presence of other genetic defects.

So how do these nutrient deficiencies affect mental health?

Zinc and vitamin B6 are involved in the synthesis of neurotransmitters that regulate mood such as serotonin, dopamine and GABA (gamma aminobutyric acid), as well as other neurotransmitters that affect sleep such as melatonin, eating behaviour and mental cognition. When these nutrients are low, this results in a tendency for decreased brain levels of these neurotransmitters, which can be a recipe for depression and anxiety. In addition, these nutrients are involved in numerous biochemical reactions in the body and deficiencies have a profound effect on how our bodies function and how we feel both physically and emotionally.

Moreover, deficiencies in these nutrients set off a cascade where our biochemistry becomes unbalanced. For example, a deficiency in zinc tends to push our blood copper levels up. Too much copper alters the amounts of dopamine and noradrenaline in such a way that it can result in anxiety, panic disorders and sleep problems to name a few.

Diagnosis is made by testing for excessive amounts of pyrroles in urine. There is often false negatives with this test and as such other parameters and markers should also be tested. While it may be tempting to self-diagnose from a list of symptoms, it is important to remember that the symptoms listed above can and do overlap with other conditions. It is best to ‘test and don’t guess’!

Treatment for pyrrole disorder involves supplementation with zinc, vitamin B6, sometimes omega-6 fatty acids as well as other nutritional supplements in order to deal with the total unbalanced body biochemistry. Lifestyle and dietary changes are also necessary and stress management is crucial in these individuals.

A word of caution: please do not self prescribe! Doing so may push your copper levels even further up and make you feel much, much worse. There are certain nutrients and herbs that help move copper safely out of the body and assist in bringing the biochemistry into its proper balance. Please consult a qualified naturopath or nutritionist to assist you.

If you suffer from depression or anxiety and think pyrrole disorder may be the cause (or one of the causes) for your symptoms, or any other symptoms you may be experiencing, and would like an individual naturopathic consultation please contact Zest Infusion to schedule your appointment.

Stay tuned for my next post in this series, on food intolerance and its link to depression and anxiety.